Sasquatch Ontario Hoaxes (Ongoing)
​(Note: The views expressed on Mr. Paterson's past are not that of Squatchdetective.com or its authors, but that of the people providing the reference material)

As with all hoaxes, especially ones with a partner, in this case Darryl Strumm, things eventually fell out when Strumm was tired of Patterson using his property for this venture. This culminated in a series of Facebook posts at first from Patterson and with Strumm providing evidence of the hoaxing.
Of course there was a video of an alleged Sasquatch Eye that was posted on Sasquatch Ontario's page as well, but after being exposed as a hoax on The Bigfoot News and Review blog.

A conversation with Darryl Strumm

Another researcher (name withheld by request) had a PM conversation with Strumm outlining his role and motivations of Paterson in the scheme. 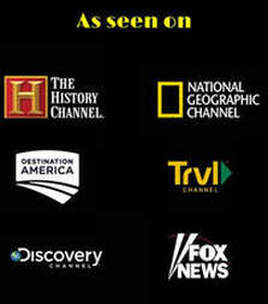 The Cottage, Neighborhood and the dubious "Gifting Tree" ​So the motivation here is shown with a donate PayPal button. There have been instances admittedly so of Go Fund Me pages as well.

​
One does have to wonder when this is supposed of evidence from Paterson showing "The Sasquatch People" manifesting as "orbs," or this bug shown as a a Sasquatch in a "different form."

Series of YouTube Videos discrediting Mike Patterson's Sasquatch Ontario
​​(Note: The views expressed on Mr. Paterson's past are not that of Squatchdetective.com or its authors, but that of the people providing the reference material)

And in another twist a YouTube user by the name of "The Truth Prevails" has listed a number of videos with evidence against Patterson: