The Classic Tales of Sasquatch

Tales that have haunted researchers over the last two centuries
The readers are encourage to learn more about these on the web, as they have been recounted many times over the years. 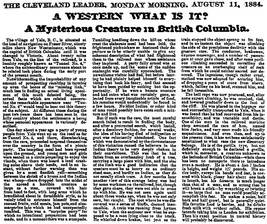 The story of Jacko has captivated many researchers. Was it a hox by a newspaper which gained international attention.


Seems like the story, of Jacko, captured near "Tunnel #4" has the makings of the continent's first Bigfoot scandal.


Denials by town officials, and the creature mysteriously perishes while in transit to science across the pond.

By all accounts, Ostman was one of the first public sensations, regarding Bigfoot, although it would be some 33 years after his alleged encounter that term was coined. Ostman, described for the first time, many of the generally known details today about these creatures. Ostman claimed he was kidnapped by one and go a first hand look at several Sasquatches.

The alleged encounter occurred in British Columbia, Canada near the Toba Inlet, in 1924. Ostman went so far  as to tell the story under oath to prove it's authenticity. The Ostman story was covered best by Canadian Journalist & Sasquatch researcher John Green. Even by today's standards it sounds like a wild tale made up. But what stands out, was Ostman's consistency and insistence of the story's truthfulness. 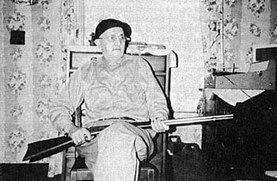 The same year as the alleged kidnapping of Ostman in British Columbia, further south in Washington State, Fred Beck and his party were harassed by a group of Sasquatch in a place coincidentally named "Ape Canyon," where in the 1880's a youth group known as the "St. Helen's Apes" used to conduct hikes and spelunking.

The events would culminate to an attempted incursion in Beck's cabin and Beck allegedly shooting and killing one of the beasts.


Muchalat Harry was a Nootka tribe member who had claimed to have been carried off by and to a rather large group of Sasquatch.

The Tale was recounted by a priest, Father Anthony Terhaar of Mt. Angel Abby located in Oregon who rescued an exhausted Harry from his canoe after the alleged escape. 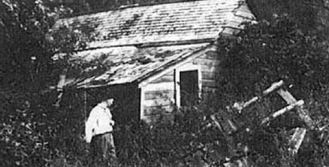 A mother and her young children is scared out of their cabin after a day long rash of encounters on their property.

They flee and return with the patriarch of the family, only to find the cabin sacked.